A new study by Ben Mirin and Holger Klinck from the Cornell Lab of Ornithology published this week  in the open access journal Global Ecology and Conservation looked at the scientific research published worldwide on the subject of bird singing competitions and songbird trade over the past 30 years.

In their review they found a sharp increase in research carried out after the first Songbird Trade Crisis Summit held in Jurong Birdpark in Singapore 2015.

Mirin et al. also found that researchers have laid a strong focus on the Indo-Malay region, which is also thought to have the highest number of species threatened by trade worldwide. In their paper they write

“The sheer extent of trade-driven declines among Southeast Asia’s birds has compelled researchers and conservationists to coin a new phrase for the phenomenon, the Asian Songbird Crisis. To understand whether similar crises could erupt elsewhere, we first must understand the patterns and progress of our research on the songbird trade and its various components”

Suggesting that other regions may also be at risk of increased conservation issues due to songbird trade and there are raising concerns about parts of South America as well as the demand for birds out of Africa. The authors also connect the issue with human movement and economics.

The 219 reviewed publications were categorized into five categories, looking at “Overall drivers”, “Genetic and field research”, “Captive breeding and management of assurance colonies”, “Education and outreach” as well as “Trade enforcement and legislation”. The global highest proportion of research had a focus on the genetic, field and ecological research followed closely by overall drivers the lowest proportion was focussed on captive breeding as well as education and outreach. 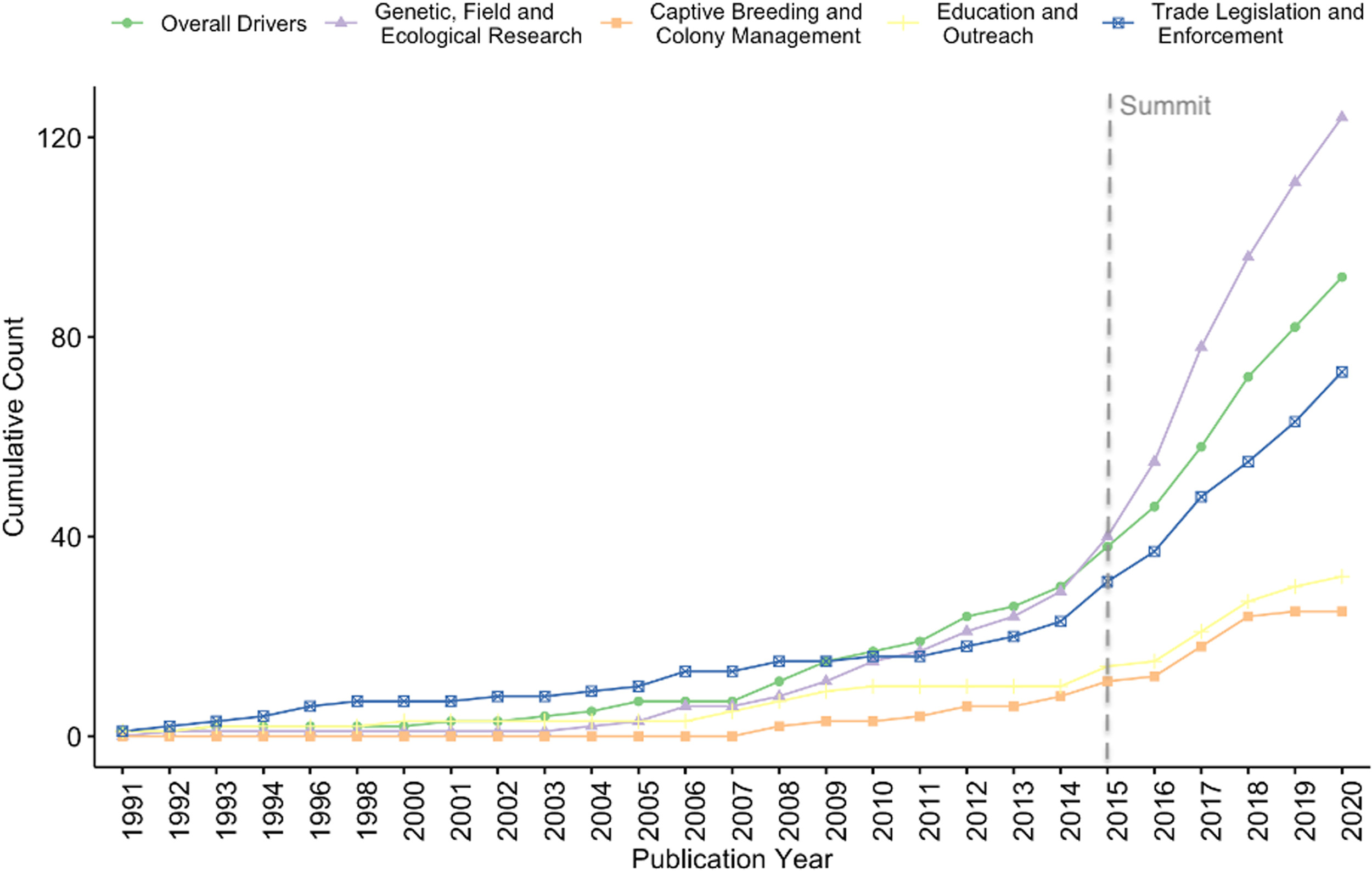 The authors suggest that more scientific research is needed on the important aspect of the human component particularly education and outreach and for conservationists to understand cultural rooting of the bird singing contests and to engage the younger generations. It was also found that there is a need for more actual evidence on population trends in species that are targeted by the trade, calling for more multi-disciplinary studies.

The supplementary material published with the paper provides a great overview of relevant literature.

Original abstract: Keeping wild birds is a deeply engrained and widely prevalent cultural practice, with a history going back thousands of years. One of the more recent trends to emerge from this practice is the singing contest, which pits male birds against each other to impress human judges with their songs, plumage, and movement. A champion bird can garner social prestige and, in some cases, considerable sums of prize money for its human owner. Today these contests drive demand in the global songbird trade, especially in Southeast Asia where more bird species are threatened by trade than in any other region of the world. This literature review aims to describe how we study the songbird trade and identify new research opportunities with a focus on singing contests. We aggregated 219 papers published between 1990 and 2020 and categorized them according to geographic origin, publication date, and academic focus. We found that singing contests currently take place in 19 countries across five of the world’s biogeographic regions, using at least 36 species of birds. Our analysis revealed that research on the songbird trade is most prevalent in the Indo-Malay, Neotropic, and Palearctic regions, tends to prioritize birds over humans, and corresponds with the prevalence of singing contests. Education and Outreach had the fewest publications of any discipline in our review, and we conclude this kind of research may provide a valuable basis for future conservation strategies targeting the songbird trade at a global scale.