Since 2008, the Future for Nature foundation has supported 30 successful conservationists all around the world, each passionately working on environmental protection, and with result. Besides supporting these remarkable people financially, FFN also want to provide a platform to showcase their work and studies and open doors towards a broader network. 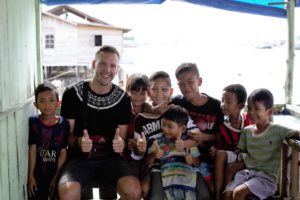 On April 20 2018 three young, promising, international conservationists, determined to make a difference and ensure a brighter future for nature, will receive the Future For Nature Awards in Royal Burgers’ Zoo in Arnhem, this year awarded for the eleventh time. Besides the award itself, each of them receives €50.000 to use to continue their work. This year’s winners each contribute to topical and crucial theme’s in international conservation: 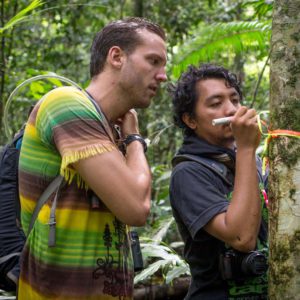 These exceptional individuals operate without boundaries and sometimes despite of great risks for themselves and their international colleagues. All of them actively try to involve the local communities in their plans, thus encouraging them to change their ways. With their innovative approach they successfully motivate people to protect those parts of nature they once threatened.

Adam Miller (27) is originally for the United States, but ended up founding the local NGO Planet Indonesia in Borneo, Indonesia. Besides succeeding in gathering more intel about the illegal bird trade in the rainforest -and sometimes actually bringing the people who practice this to justice- Adam is also actively involved in reforestation projects and the founding of ranger patrol teams. Adam’s efforts made it possible for the severely endangered orangutan to move from one side of their habitat to the other, using the reforested areas. On top of this, Adam makes an effort to involve the local communities in his projects, tries to convince bird traders to pursue a new career and works towards illegalizing the opening of new bird shops.