During the weekend the deliberations and negotiations of the CITES CoP19 were paused, and delegates had the opportunity to rest, catch-up on their policies or even get out and experience some of Panamanian culture, nature and wildlife.

The nature in Panama is highly diverse, including many Songbirds. It is a pleasure to see that even within the capital Panama City there are many green spaces where a wide range of species can be seen and experienced. As such many delegates crossed paths in the urban and near-urban protected areas braving the humid heat in search of Sloths, Primates, Birds and many other species.

By Monday morning it is back to “business” with long days of though negotiations with all effort on catching up on the agenda where countries vote on the submitted proposals and documents. This week is very decisive for songbirds with the two proposals for White-rumped Shama and Straw-headed Bulbul respectively, due to be presented and discussed as well as the very important document 74. This document is a repetition of an intention to support songbird trade research and listings from the previous CoP18. If this is again adopted, which we strongly support, we also hope that more effort and support will be available for this topic from the global community than in the previous period allowing real progress in the conservation policies to protect songbirds. 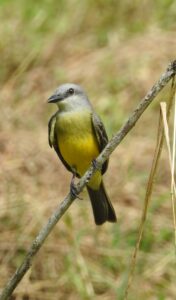 Together with partners such as BirdLife International, Species360 Conservation Science Alliance, Monitor Conservation Research Society, TRAFFIC, WCS and with the backing of other regional zoo associations the EAZA through its Silent Forest Group wish to deepen its efforts researching the songbird trade globally and advocating for only sustainable and ethical use.