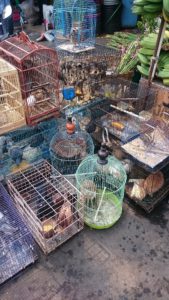 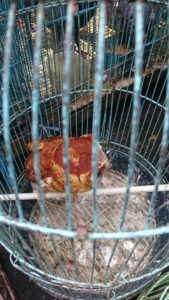 In addition to Songbirds, Owls are also traded as pets in Asian markets.

The phenomenon, known as the “Harry-Potter-Effect” (Nijman and Nekaris) due to the popular J. K. Rowling books and films, has soared to new heights in many Asian countries but particularly in Indonesia.

Recently the Indonesian group Profauna seems to have discovered another grim purpose for captive Owls.
Trappers use a live Owl tied to a stick in the forest. It is quickly subject to intense mobbing from small Songbirds desperately trying to vacate the potential predator out of their territory. As the Owl doesn’t move away, the Songbirds get bolder, approach it and get caught in the glue traps and nets set by the trappers. 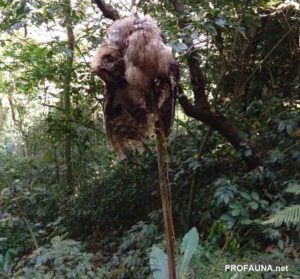 This practice is wrong is so many ways! Not only is the capture of both Songbirds and Owls in Indonesia evidently not sustainable. It is also horrible for the nocturnal Owl to be trapped in bright daylight and for the Songbirds to be trapped next to a predator. There is evidence that the Owls and Songbirds often do not survive the ordeal and that trappers often don’t bother removing the corpses. This led to the discovery of this horrendous practice.

Animal welfare and biodiversity protection are noble pursuits of a modern society and as everywhere, it needs the guardianship of education, Government and legislation to succeed…